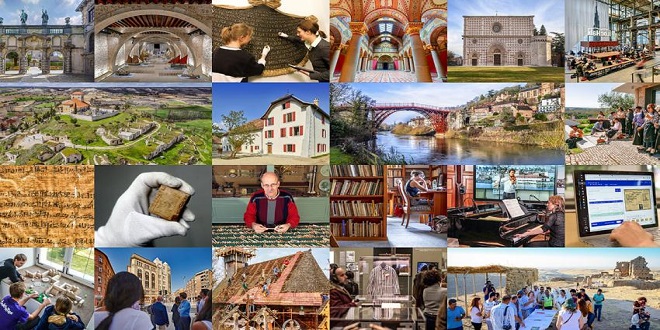 June 13 this year is the fourth “Cultural and Natural Heritage Day” in China. As one of the four ancient civilizations, my country has extremely rich handicraft skills, performing arts, folk activities, etc. However, craftsmen have nowhere to show their craftsmanship. Handicraft enthusiasts do not know where to go to observe and learn, which has also become a dilemma for the inheritance of cultural heritage.

In order to let more people see Chinese culture, from June 8 to June 14, the Ministry of Culture and Tourism first tried to carry out the online promotion activity of “Yunyou Intangible Cultural Heritage”. Kuaishou, as one of the organizers of the highlight of this event, “Yunyou Intangible Cultural Heritage Video Exhibition”, will use its platform advantages to promote the better integration of intangible cultural heritage into contemporary life, and provide assistance for everyone to pay attention to and participate in the protection of intangible cultural heritage.

Cultural and natural heritage is promoted across the board, and short videos bring traditional culture closer to us

When it comes to cultural and natural heritage, most people’s first reaction is some historical sites and handicrafts, but the “people-friendly” traditional culture that can strengthen the body and relieve stress also contains a lot of wisdom, and these are all in Kuaishou Record and see.

Wool waistcoat, red waist drum, and a white towel tied on his head, dressed in the classic “A Bao shape”, “Three Brothers of Ansai Waist Drum” (ID: wsh18691135235) and the sound of his wife’s drum, under the lush trees in the village, While dancing, I played the Ansai waist drum. The exciting drum beats, the flying red silk, and the enthusiastic Ansai waist drum made people want to move along with them. In addition to Ansai waist drum, Wuqinxi, Taijiquan, Baduanjin… These ancient sports can often be seen in the park.

”Healthy life” is one of the themes of this year’s Cultural and Natural Heritage Day. Behind these traditional cultures and physical fitness is the outstanding wisdom of the Chinese nation, which has been passed down from generation to generation.

In addition to the hope that the majority of old iron can carry forward the excellent traditional Chinese culture and advocate the concept of “healthy life”, this event is also a highlight of the event to bring traditional culture closer to the young group. The Cultural and Natural Heritage Day is the first time to try online promotion, so that The integration of the Internet and traditional culture opens up the treasure house of traditional culture in a new way, making it easier for young people to accept and participate in it. For example, Kuaishou developed an exclusive magic expression for this “Cultural and Natural Heritage Day” event, so that everyone can feel the charm of intangible cultural heritage.

From the previous one-sided explanations and popular science to the spontaneous participation of netizens, on the #kuaishouyouintangible cultural heritage# tab, veterans can enhance their knowledge and understanding of traditional culture while participating in filming or watching more people’s videos. In the process of spontaneous exploration, the sense of distance between everyone and traditional culture is shortened.

”Support traditional craftsmen”, “It’s all big guys”, “This is the person who deserves to be liked”… Open a video on the tab page at will, and the comment area is full of “666”. The irons paid tribute to the perseverance of the craftsmen in a unique way of Kuaishou.

Kuaishou has brought new vitality to this ancient craft, selecting bamboo, processing bamboo, weaving bamboo utensils, and finally forming bamboo utensils. Through short videos, objects made by old craftsmanship are sought after by everyone. Simple and elegant, with retro bamboo products, the old irons living in modern reinforced concrete seem to be in another world. The old irons below the video are crazy about “purchasing”, or they want to learn skills online. , all convey people’s love for this craft because of seeing it.

Powered by technology, Kuaishou has opened up a more lively and broader exhibition space for these veteran craftsmen than in the past, providing them with a new way of life. When these exquisite skills are seen by more people, it also attracts a large number of young intangible cultural heritage enthusiasts to join.

Born in 1995, with a postgraduate degree from Peking University, tall and handsome, such a high-quality little fresh pork is a non-genetic inheritor of facial skills. At the Kuaishou Craftsman Competition on May 1 this year, Huang Bo joined Mai, the young inheritor, Lang Jiazi (ID: 1443022911). When asked why he made the noodle maker, he said: “Because my grandfather Lang Shaoan was the founder of ‘Noodler Lang’, I also liked noodle maker since I was a child, my dream at that time was ‘When I grow up, I want to make Nian Ren Lang is world-famous’.” Originated from love, loyal to inheritance, let Lang Jiazi ??

It is understood that in Kuaishou alone, there are more than 20,000 craftsmen, many of whom are born in the 90s or even in the 00s. The handicrafts that have been passed down for thousands of years are passed on to the new generation, and how to give new vitality to the old craftsmanship is the primary issue facing this group of young people.

In Kuaishou, the rough life of craftsmen can be seen by more people, and it also evokes everyone’s common memory of ancient traditions. Unprecedented attention has provided impetus for the development of traditional craftsmanship, and also enables craftsmen to find a sense of belonging in Kuaishou.

Empowering intangible cultural heritage with traffic, allowing centuries-old Chinese craftsmanship to be seen and recorded. Kuaishou will work with the craftsmen to keep the pride that has been passed down. The craftsman is the “guardian”, and these “guarded” skills will be seen by more people through this screen.