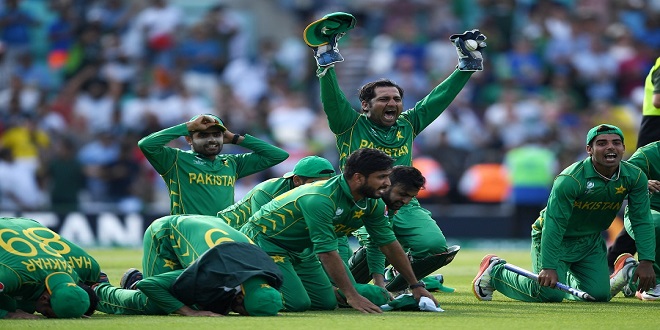 Pakistan hold a 2-1 head-to-head lead over their fierce rivals India in the ICC Champions Trophy.

Former Pakistan cricketer Younis Khan believes that the Sarfraz Ahmed-led side has the ability to beat India in the much anticipated high-voltage ICC Champions Trophy encounter scheduled to be played on June 4 at Edgbaston.

“Pakistani side has the ability to beat India in Champions Trophy as Pakistan has outperformed India in the past as well,” the Dawn quoted Younis as saying.

“Pitches look good and in my opinion, even 400 runs will be easily chased down in the Champions Trophy,” he added.

While Pakistan hold a 2-1 lead over their fierce rivals and neighbours in the Champions Trophy, it is India who have won 10 out of the 11 contests at the World Cup and World T20 tournaments between the two sides.

The 39-year-old also said that key to Pakistan’s success in the upcoming Champions Trophy would be their fielding and that’s what they need to concentrate more on it, in addition to bowling and batting.

“In modern cricket, fielding is the key for winning ODIs and T20 Cricket and Pakistan team must focus on fielding and grab every opportunity,” the former Pakistan skipper said.

The right-handed batsman, who recently put down curtains on his international career, also pinned hope on Sarfraz to take the Pakistani cricket team forward.

“It’s a great chance for Sarfraz Ahmed to lead the side well and take Pakistan cricket forward and all will depend on him that how he leads the side,” he said

The Men in Blue, who won the coveted title back in 2013, couldn’t have found a better opponent than arch-rivals Pakistan to begin their title defence in England and Wales.