Why there is no need to worry about automation 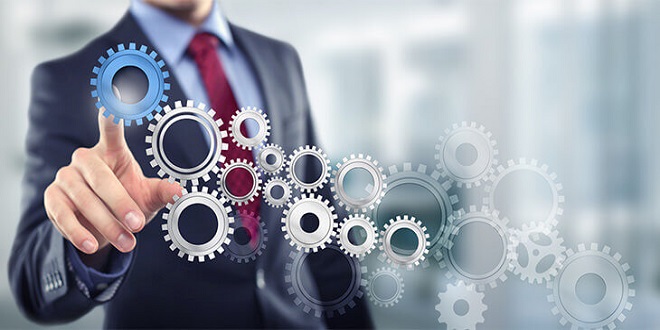 The popular buzz around artificial intelligence (AI), automation and robots often sounds like scenes from sci-fi movies that show the arrival of ruthless machines as villains.

Automated antiheroes determined to take the place of humans or dominate the world. Some people would even conjure up images of humanoids running our offices, robots taking over our factories, and out-of-control driverless cars on roads.

Thankfully, real life is different, except for one remarkable similarity. In the movies, human heroes ultimately tackle the villainous robots, and save the world from extinction. In real life as well, we humans possess insurmountable power to use the robots as robots, harness the potential of AI and automation in general, and use it to benefit society in many possible ways.

Outside of science fiction thrillers, we have always loved AI, so why fear it now? We loved it when robots first started performing redundant or unsafe jobs. Almost all of us are looking forward to the day when drones would deliver pizzas, or click our pictures so we needn’t take selfies anymore.

So why are we experiencing this automation anxiety when it is something that we have been working for all these years?

No longer an option

Look around, automation is everywhere. It’s already driving efficiency, productivity, agility, adaptability and optimization across industries – and we are reaping the benefits. Yet, there are debates raging about how automation is devouring jobs, and computer capital will finish off some sectors forever.

Klaus Schwab, Founder and Executive Chairman of the World Economic Forum wrote in a recent article that AI would merely be one of the several factors likely to catalyze the Fourth Industrial Revolution. While there is a possibility that automation will displace certain types of labor, there is another possibility that the displacement of workers by technology will, in aggregate, result in a net increase in safe and more rewarding jobs.

In other words, the future with automation is as is should be: full of endless possibilities. The future will not be dictated by technology alone; our governments and business leaders will have crucial roles to play.

The tagline for the 2015 sci-fi film Ex Machina famously said, “There is nothing more human than the will to survive.” I have no doubt that while automation may be disruptive, the doomsday scenarios will be prevented by the humans who create and control them. We definitely control the future we will inhabit!

The march of technology

Let’s consider technology’s progress over the decades, even centuries. People felt threatened by the invention of steam engines in the nineteenth century. Later, the arrival of electricity and subsequently computers convinced enough people that mass unemployment was imminent.

History is replete with many more examples: The Industrial Revolution, the Knowledge Revolution, the Internet and cloud computing too were met with such similar concerns and doomsday predictions. Yet, humans had the will and perseverance to push beyond the boundaries to advancement and turned them into glorious opportunities.

I believe, we stand at a similar intersection today. In fact, automation (including both automation and the rapidly advancing landscape of AI) maybe the greatest opportunities the current generations will probably see!

It’s highly doubtful that the human race will retire en masse by 2025!

Advances in technology such as what we are seeing now will create new jobs and sectors – even as they displace some of the older ones. Much like how we love to create robots perform tasks that we find too monotonous; AI-led automation will be deployed to take over those jobs that are still being performed by humans only because we don’t currently have robots available to do them at present.

In other words, automation will fill a latent need; not create one. One of the consequences will of course lead to development of future skills and redundancy of many traditional skills; but that has been the case with the arrival of every disruptive technology.

The 2016 WEF report titled ‘Future of Jobs’ says that in many industries and countries, the most in-demand occupations or specialties did not exist ten or even five years ago.

By one popular estimate, 65% of children entering primary school today will end up working in completely new job types that do not even exist today. Our world is changing rapidly, and it is not just about automation anymore.

As witnesses and believers of human intelligence and its astounding capabilties, we must begin to look at artificial intelligence as an augmenting tool. Using AI, human brains will be channelized to innovate and perform cutting edge work to bring more game-changing ideas on the table, which in turn will shape our future for the better.

Future technologies are only going to make humans more powerful as they will empower us with intelligence to do more cognitive jobs as against mundane, routine tasks.

Human super-intelligence possesses the power to tame anything and everything that could possibly pose a threat to its existence. So, a future where Robots could be our co-workers and not essentially a ‘threat’ to our survival is not very distant.