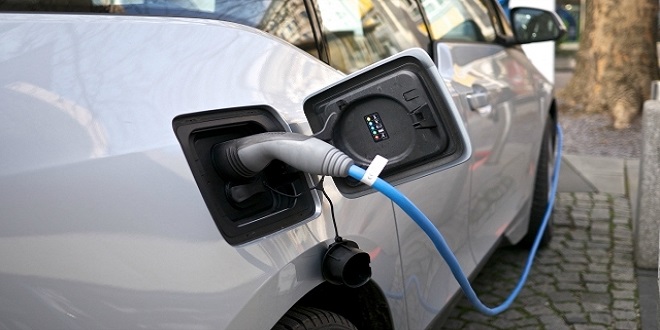 Stanford scientists have developed a way to wirelessly deliver electricity to moving objects, an advance that could charge electric vehicles, smartphones and medical implants on the go.

If electric cars could recharge while driving down a highway, it would virtually eliminate concerns about their range and lower their cost, perhaps making electricity the standard fuel for vehicles.

Scientists at Stanford University in the US have overcome a major hurdle to such a future by wirelessly transmitting electricity to a nearby moving object. “In addition to advancing the wireless charging of vehicles and personal devices like cellphones, our new technology may untether robotics in manufacturing, which also are on the move,” said Shanhui Fan, a professor at Stanford.

“We still need to significantly increase the amount of electricity being transferred to charge electric cars, but we may not need to push the distance too much more,” said Fan, lead author of the published in the journal Nature.

The team transmitted electricity wirelessly to a moving LED lightbulb. The demonstration only involved a 1-milliwatt charge, whereas electric cars often require tens of kilowatts to operate.

The team is now working on greatly increasing the amount of electricity that can be transferred, and tweaking the system to extend the transfer distance and improve efficiency.

Wireless charging would address a major drawback of plug-in electric cars – their limited driving range. “The hope is that you ll be able to charge your electric car while you re driving down the highway. A coil in the bottom of the vehicle could receive electricity from a series of coils connected to an electric current embedded in the road,” said Fan. Some transportation experts envision an automated highway system where driverless electric vehicles are wirelessly charged by solar power or other renewable energy sources.

The goal would be to reduce accidents and dramatically improve the flow of traffic while lowering greenhouse gas emissions.

Wireless technology could also assist GPS navigation of driverless cars. GPS is accurate up to about 35 feet. For safety, autonomous cars need to be in the centre of the lane where the transmitter coils would be embedded, providing very precise positioning for GPS satellites. “We can rethink how to deliver electricity not only to our cars, but to smaller devices on or in our bodies,” Fan said.