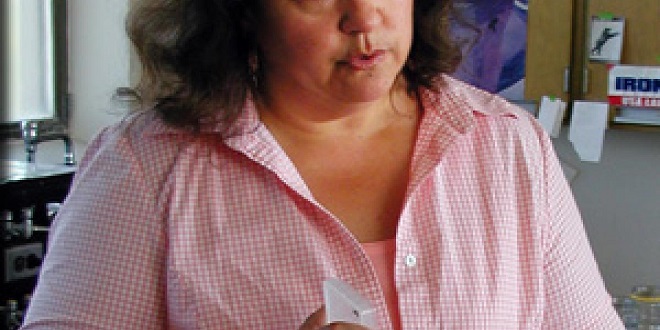 There was a time, not so long ago when my morning ritual was to rise before dawn and start the oatmeal and coffee before waking the girls. Then I would get them up to feed the horses before school. That done, I would pack lunches, find lost papers, and kiss pink cheeks as the school bus chugged up the hill, all before filling bowls for the cats and dog, finding something presentable to wear, and previewing my morning lecture as I drove to school.

Reflection was not a word frequently on my mind those days. But on Thursdays, I didn’t have a morning class and could linger a little, so I would walk the pasture to the top of the hill to start the day properly, with birdsong and shoes soaked in dew and the clouds still pink with sunrise over the barn, a down payment on a debt of gratitude.

On Thursday I was distracted from the robins and new leaves by a call I received from my sixth-grade daughter’s teacher the night before. Apparently, my daughter had begun refusing to stand with the class for the Pledge of Allegiance.

The teacher assured me she wasn’t being disruptive, really, or misbehaving, but just sat quietly in her seat and wouldn’t join in. After a couple of days, other students began the following suit, so the teacher was calling “just because I thought you’d like to know.” I remember how that ritual used to begin my day, too, from kindergarten through high school.

Like the tap of the conductor’s baton, it gathered our attention from the hubbub of the school bus and the jostling hallway. We would be shuffling our chairs and putting lunchboxes away in the cubbies when the loudspeaker grabbed us by the collar.

We stood beside our desks facing the flag that hung on a stick at the corner of the blackboard, as ubiquitous as the smell of floor wax and school paste. Hand over heart, we recited the Pledge of Allegiance. The pledge was a puzzlement to me, as I’m sure it is to most students.

I had no earthly idea what a republic even was, and was none too sure about God, either. And you didn’t have to be an eight-year-old Indian to know that “liberty and justice for all” was a questionable premise.

But during school assemblies, when three hundred voices all joined together, all those voices, in measured cadence, from the gray-haired school nurses to the kindergarteners’, made me feel part of something. It was as if for a moment our minds were one. I could imagine then that if we all spoke for that elusive justice, it might be within our reach.

From where I stand today, though, the idea of asking schoolchildren to pledge loyalty to a political system seems exceedingly curious. Especially since we know full well that the practice of recitation will largely be abandoned in adulthood when the age of reason has presumably been attained.

Apparently, my daughter had reached that age and I was not about to interfere. “Mom, I’m not going to stand there and lie, ” she explained. “And it’s not exactly liberty if they force you to say it, is it?” She knew different morning rituals, her grandfather’s pouring of coffee on the ground and the one I carried out on the hill above our house, and that was enough for me.

The sunrise ceremony is our Potawatomi way of sending gratitude into the world, recognizing all that we are given, and offering our choicest thanks in return. Many Native peoples across the world, despite myriad cultural differences, have this in common—we are rooted in cultures of gratitude