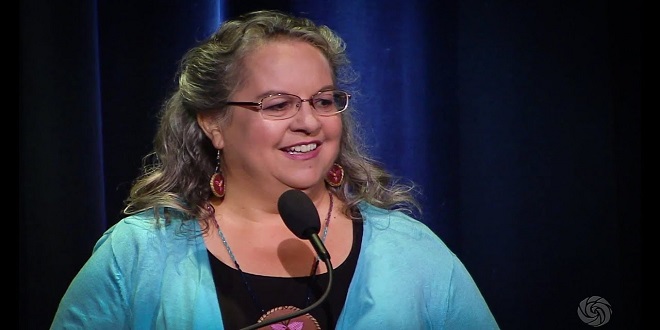 You can smell it before you see it, a sweetgrass meadow on a summer day. The scent flickers on the breeze, you sniff like a dog on a scent, and then it’s gone, replaced by the boggy tang of wet ground. And then it’s back, the sweet vanilla fragrance, beckoning. ii. Literature Review Lena is not fooled easily, though.

She wanders into the meadow with the certainty of her years, parting grasses with her slender form. A tiny, gray-haired elder, she is up to her waist in the grass. She casts her gaze over all the other species and then makes a beeline to a patch that to the uninitiated looks like all the rest. She runs a ribbon of grass through the thumb and forefinger of her wrinkled brown hand.

“See how glossy it is? It can hide from you among the others, but it wants to be found. That’s why it shines like this.” But she passes this patch by, letting it slide through her fingers. She obeys the teachings of her ancestors to never take the first plant that you see.

I follow behind her as her hands trail lovingly over the boneset and the goldenrod. She spies a gleam in the sward and her step quickens. “Ah, Bozho, ” she says. Hello. From the pocket of her old nylon jacket, she takes her pouch, deerskin with a beaded red edge, and shakes a little tobacco into the palm of her hand. Eyes closed, murmuring, she raises a hand to the four directions and then scatters the tobacco to the ground.

“You know this, ” she says, her eyebrows a question mark. “To always leave a gift for the plants, to ask if we might take them? It would be rude not to ask first.” Only then does she stoop and pinch off a grass stem at its base, careful not to disturb the roots. She parts the nearby clumps, finding another and another until she has gathered a thick sheaf of shining stems.

A winding path marks her progress where the meadow canopy was opened by the trail of her passage. She passes right by many dense patches, leaving them to sway in the breeze. “It’s our way, ” she says, “to take only what we need. I’ve always been told that you never take more than half.

” Sometimes she doesn’t take any at all, but just comes here to check on the meadow, to see how the plants are doing. “Our teachings, ” she says, “are very strong. They wouldn’t get handed on if they weren’t useful. The most important thing to remember is what my grandmother always said: ‘If we use a plant respectfully it will stay with us and flourish. If we ignore it, it will go away.

If you don’t give it respect it will leave us.’” The plants themselves have shown us this—mishkos kenomagwen. As we leave the meadow for the path back through the woods, she twists a handful of timothy into a loose knot upon itself, besides the trail.

“This tells other pickers that I’ve been here, ” she says, “so that they know not to take any more. This place always gives good sweetgrass since we tend to it right. But in other places it’s getting hard to find. I’m thinking that they might not be picking right. Some people, they’re in a hurry and they pull up the whole plant. Even the roots come up.

That’s not the way I was taught.” I’ve been with pickers who did that, yanking up a handful that left a little bare spot in the turf and fuzz of broken roots on the uprooted stems. They too made offerings of tobacco and took only half, and they assured me that their method of picking was the correct one. They were defensive about the charges that their harvesting was depleting sweetgrass. I asked Lena about it and she just shrugged.