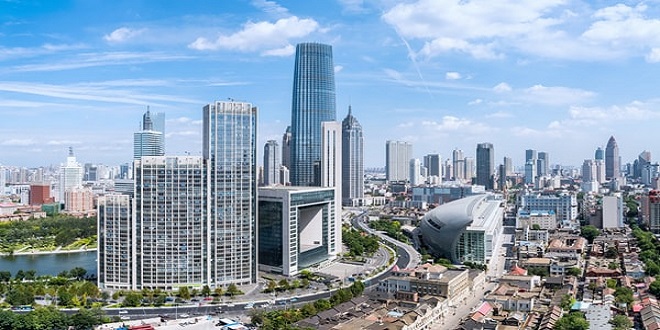 Yangzi Evening News (Reporter Ma Zuobo) A few days ago, a new house in Shenzhen received a batch of housing sales permits, among which nearly 20 new houses were sold with a unit price of more than 200,000 yuan/?. As a result, the sales permits were listed on the same day. is withdrawn. According to industry insiders, the “ceiling” of the price of new properties in Nanjing remains at the prefix “6”, while the listing price of second-hand housing is limited to less than 100,000 yuan/?.

Listings with a unit price of over 200,000 in Shenzhen have been revoked

A reporter from the Yangzi Evening News learned that the Shenzhen real estate that was newly approved for sale last week was called Hengyu Shenzhen Bay Phase I. On May 21, the sale and approval information of the real estate was announced on the Shenzhen real estate information platform. The number of units is 805, covering commercial, office and business apartments. Among them, 252 sets of commercial apartments are the most interesting, with the smallest area of ​​63 square meters and the largest of 580 square meters. The record price is between 98,000 yuan and 201,000 yuan / square. Among them, 18 units have a unit price of more than 20 yuan. million/?.

Just as people were talking about the price of the new property, some sharp-eyed buyers found that the sales permit announced on the Internet had disappeared in the afternoon of the same day. A person familiar with the matter said that due to the high housing price and the sensitivity of the incident, the sales permit was temporarily suspended. However, the sales plan of the real estate is still going on, and the opening time will not be affected.

The sale of new houses with a unit price of more than 200,000 yuan in Shenzhen has been withdrawn, so where is the highest price of new houses in Nanjing? At the end of December 2019, the Nanjing China Palace of Gezhouba in central Hexi, which had set the highest land price record of 45,213 yuan/? in Nanjing, finally announced that it would open for sale. 38.11 million, as a result, the first 57 houses sold out.

According to market sources, the prefix “6” in the average price has always been the benchmark for Nanjing’s new home market. Since then, many new homes in Nanjing who plan to enter the market have set their prices on par with the Nanjing China Palace of Gezhouba, but none of them have been able to do so. The person said that from the market point of view, the real estate with the prefix “5” in Nanjing is quite rare, and there is only one real estate with the prefix “6”. Compared with the price of “100,000+” in first-tier cities such as Shenzhen and Shanghai, the housing price still at a relatively low level.

A reporter from the Yangtze Evening News learned that not only was the new housing market regulated, but the second-hand housing market in Shenzhen was also investigated because of inflated prices. Take Bao’an District, a hot spot in the local property market as an example, an apartment was priced at 85,000 yuan/? 3 months ago, and now it is 197,000 yuan/?, an astonishing increase, so it was investigated and punished in the name of “maliciously driving up house prices”.

The intermediary told the Yangzi Evening News reporter that as far as ordinary second-hand housing is concerned, even in the most popular Hexi sector, the house price is usually around 70,000-80,000 yuan/? , 20,000-40,000 yuan /? of other sectors are normal quotations.

“However, the price of school district housing has risen in recent years, and the unit price exceeds 100,000 yuan, which is quite a lot.” The person in charge of a well-known school district housing agency company in Nanjing showed a reporter from the Yangtze Evening News. Although the transaction volume of houses in the first-line famous primary school districts has declined, both the listed price and the transaction price have increased significantly, and houses with a unit price of more than 100,000 yuan/? account for a large proportion.

However, the person in charge told a reporter from the Yangzi Evening News that they have been notified that all second-hand houses with a unit price of over 100,000 yuan/? “.

What does high quotation “stealth” mean for the second-hand housing market? Property market experts pointed out that from the perspective of stabilizing market expectations and stabilizing housing prices, the “stealth” of listed prices above 100,000 yuan/? can indeed play a positive role. Also buyers a fair and reasonable market environment.