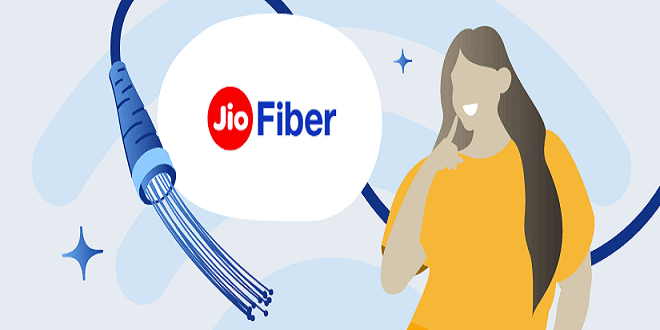 NEW DELHI: Reliance Jio Infocomm is working towards a commercial launch of its home broadband services around Diwali, with offers that are likely to stir up a price war similar to that the company’s entry triggered in the mobile segment, a person with knowledge of the plan said.

The base pack from JioFiber, the company’s home broadband operations, is likely to be 100 GB of data for Rs 500. Rivals currently offer about half that data at double the price. Based on customer base, home broadband is a small market — the country has less than 20 million wireline broadband users, with state-run Bharat Sanchar Nigam accounting for more than half of it, compared with 200 million users for wireless broadband. But the average user pays much more for fixed-line broadband.
In the fourth quarter of fiscal 2017, for instance, Bharti AirtelBSE 0.25 %’s average revenue per user in the home broadband segment was Rs 1,064 against Rs 162 in the mobile data business. Bharti, which was badly bruised in the battle with Jio for market share in mobile services, has already started offering enhanced data volumes under its existing plans in fixed-line and home broadband, where it is the second-largest player.

From June, Jio plans to expand its free trial offer beyond the few cities where it is currently available, the person said, speaking on the condition of anonymity. This will culminate with the commercial launch of broadband services in September or October, this person added. This year, Diwali is on October 19. Jio did not respond to an email seeking comment.

Analysts expect Jio’s inaugural pricing to disrupt the home broadband market. “Absolutely, it will be disruptive,” said Rohan Dhamija, partner and head for India and South Asia at Analysys Mason, while terming the company’s fibre-tothe-home technology to be superior to rivals’ digital subscriber lines.
“To that regard, powered by larger capacity on the supply side as well as innovative pricing, it would look to disrupt the fixed broadband business similar to its disruption of the mobile business,” Dhamija added. Jio’s moves around JioFiber is similar to the steps it took in the run up to the mobile services launch. There, too, it started by offering trial services, followed by commercial launch in September 2016 and free initial offers that extended up to six months. That helped the company sign up a net 100 million users in a record 170 days. Though it has started to charge subscribers, tariffs are still sharply lower compared with those of rivals.

USB Cable Adapter Prepares You For the Next PC Upgrade