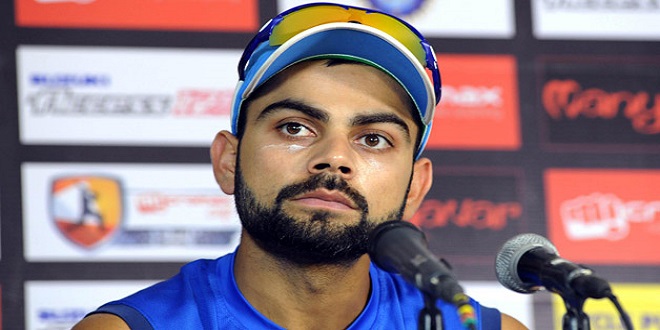 India have been the dominant side in the World T20 and the 50-over World Cup, leading Pakistan 11-0.

Defending champions India will be opening their campaign against Pakistan at the Edgbaston, Birmingham on June 4 amidst tense bilateral relations between the two nations.

Asked if playing Pakistan in the current political scenario is a good thing, Kohli said: “What do you think? You seem to have come here with your own mindset. With all due respect, whatever else is going on, as a cricketer, you can’t even think about your partner at the other end when you are batting.

“It’s about playing the game. Yes, India-Pakistan is always exciting for the fans. It’s different for them. For us, it is just a game of cricket. In our heads nothing really changes, it’s exactly the same for us. It’s not the first time we are playing against them. Playing for India, you don’t need extra motivation.”

Kohli was speaking ahead of the team’s departure for England.

India have been the dominant side in the World T20 and the 50-over World Cup, leading Pakistan 11-0.

However, in the Champions Trophy, Pakistan have a superior record with two wins against India’s first win over their rivals coming only in the last edition, in 2013.

The Champions Trophy is scheduled to begin from June 1 when hosts England taking on Bangladesh while India will begin their campaign three days later.

The Men in Blue last won the tournament in 2013 when they defeated England in the finals by five runs under the captaincy of Mahendra Singh Dhoni.